‘Pounds overflowing’: Dogs being dumped as workers return to office

It started 52 years ago with Woody, the first Labrador bought by Elizabeth and Hugh Gent when the couple got off the boat from England with barely two pennies to rub together.

Today Mr Gent, the president of Dogs Australia, can detail the subsequent 15 generations of dogs bred from Woody with the ease that comes from a lifetime of presiding over best in show contests across the world. Woody’s descendants included Bella, Dolly, Lacy, Letti, Lizzy and Stormer. Mr Gent remembers the latter as “a lovely little dog, a faithful little dog”. 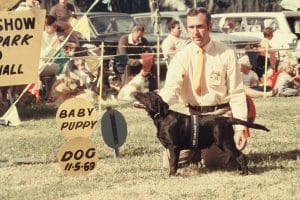 Smartie, who died last year, would accompany Mr Gent on visits to schools to talk about safety around dogs and pet ownership, reminding students that buying a pet is something for life.

And not for the duration of a lockdown.

Mr Gent warns that the record surge in dog ownership during the pandemic would result in “pounds overflowing” with dumped pet dogs when people return to the office.

This happened to some extent last October before Omicron hit Australia. “I fear the pounds will be full of dogs, and the sad thing, in the end, they start to choose ones [that will be euthanised]. What do they do with the overflow? Pounds will be overflowing,” he said. 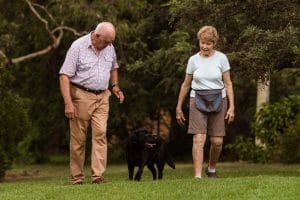 Animal Medicines Australia estimated last year that 47 per cent of Australian households owned a dog in 2021 rising from 40 per cent in 2019. The number of pet dogs rose from 5.1 million to 6.3 million. There was an equally steep rise in the number of pet cats, up from 3.7 million to 4.9 million.

That’s reflected in dog registration figures. Northern Beaches Council recorded a 44 per cent rise to 2762 dogs since 2019, a spokesperson said.

A spokesperson for the RSCPA said it had not seen a rise in the number of pandemic pets being returned. A spokeperson said if some dogs had been purchased by people impulsively – its doors were always open to assist and help the dog find the right home. 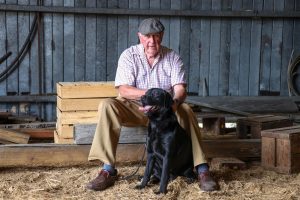 But Monika Biernacki, the founder of a no-kill shelter Monika’s Doggie Rescue at Ingleside, said she is at capacity. She now has 100 dogs and other dogs being fostered.

“People are going back to work, and all the offloading is starting to happen,” said Ms Biernacki who is getting frequent calls from pounds asking her to house dogs.

She is also caring for dogs dumped by members of the public who bought expensive designer dogs without thought to ongoing costs or their temperament.

“A lady bought a puppy in COVID-19, a designer dog, a cross between a border collie and a poodle, and she couldn’t cope with it. It was too high energy,” she said.

Ms Biernacki said the shelter’s vet is also caring for a German shepherd puppy that was having seizures. The owner couldn’t afford its vet bills. “When she got the discharge from the vet, she wouldn’t even pay for the medication. And she checked it into the pound,” said Ms Biernacki.

“People don’t think it through,” she said.

Usually at this time of year members of the public visit the shelter looking to adopt a rescue dog. But this year people were escaping Sydney, or staying home because of COVID.

To encourage future dog owners to think more carefully about their purchases, Dogs Australia will launch a campaign in February to help consumers with videos, guides to different breeds, and a quiz to help select the best dog. The new consumer website, a non-profit site, is run by the Australian National Kennel Council, which Mr Gent has headed for 20 years.

Since emigrating to Australia in 1969, Mr and Mrs Gent have become the doyens of the canine world. She is a champion breeder of labradors, and Mr Gent is a former deputy chairman of the Companion Animals Working Group in the federal government-sponsored Australian Animal Welfare Strategy, and a director of the Australian Companion Animal Council. Mr Gent was also an ambassador for Pal dog food when it launched its campaign in which top breeders recommended its dog food.

“So many dogs finish up in pounds … people think, ‘lovely dog,’ and then six months later, the dog Jimmy, is about two metres high and a metre wide. And they say, ‘this isn’t what I wanted’.”

Mr Gent scours Gumtree for scammers, backyard breeders, puppy farms and kennel club members, not doing the right thing by breeding their dogs too often. He checks for fake breeder registration numbers and fake microchips. Often they may have too few or too many digits. Under NSW regulations, you should microchip a dog and register its number on the NSW Pet Registry. But many scammers will add the microchip, but not register the number.

Registered pedigree breeders agree to limits on the number of times a bitch can breed, but many Gumtree vendors’ dogs had frequent litters. And dogs were often sold to buyers, sometimes shipping overnight, without checks by either party.

Often these dogs are bred for colour or attractiveness, breeding in genetic abnormalities, he said.

In contrast, pedigree dogs were often less expensive than those found on Gumtree and come up with a documented history.

“You can have your caboodle, and all those dogs, but you don’t know their history,” he said.

In contrast, the Pope this week railed against couples that were choosing to own a dog instead of having children. “Many couples do not have children because they do not want to, or they have just one — but they have two dogs, two cats … Yes, dogs and cats take the place of children,” he said.

“Yes, it’s funny, I understand, but it is the reality. And this denial of fatherhood or motherhood diminishes us, it takes away our humanity,” said the Pope.

Mr Gent said if he had his way, every Australian should have a dog – as long as the decision was well researched. Dogs add a richness to your life. “The thing with Labradors is they will give back as much as you give them.”